What Are The Common Faults Of Excavator Hydraulic Cylinder? 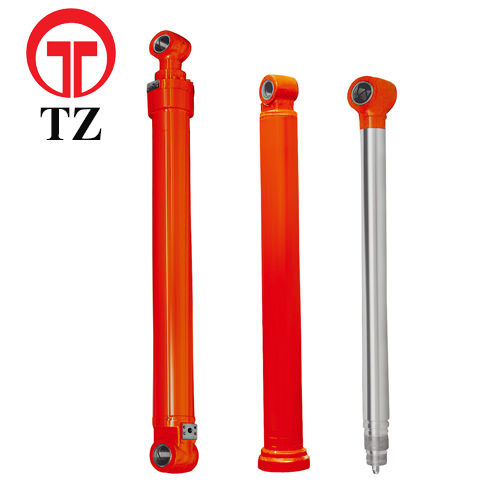 The excavator hydraulic cylinder is difficult to check because of its complex structure and bad working condition.

The main cause of oil leakage is the oil pipe cracking caused by the problem of oil pipe material.

The main reason is that the hydraulic cylinder enters the air or the air of the new car is not completely discharge. The host suddenly moves quickly, and the internal temperature of the cylinder rises sharply to produce the gas explosion and seal damage, resulting in the leakage of the hydraulic tank.
Solution: The new car or replacement of the new cylinder should first repeatedly slow motion exhaust the air in the hydraulic cylinder. Improve the host hydraulic system in the supplementary valve performance. Or in the piston burning wall additional metal system or metal such as bronze, cast iron and other added sealing ring or anti-fouling ring.

For internal leakage, prevention methods are:

The main reason for oil leakage in the weld between cylinder and flange is the excessive buffer pressure or the defects of weld porosity and sand holes in the cylinder during machining.
Solution: replace the new cylinder or cylinder, do not recommend repair welding maintenance continue to use.

Appearance defects refer to irreversible defects in the appearance of hydraulic cylinders that affect the appearance or performance of the product. It mainly include: piston rod rust or coating off, piston rod black and hydraulic cylinder non-matching surface bump problems. Piston rod corrosion or coating shedding, the main reason is that the piston rod coating in the processing process of the process parameters are unreasonable or the use environment exceeds the design permit (such as offshore environment or strong corrosion environment).
Solution: replace the piston rod / cylinder, adjust the process parameters. The use of environmental problems requires the selection of coatings with stronger corrosion resistance according to the actual working conditions.

The main reason for the non-matching surface bump of hydraulic cylinder is that the hard objects such as stones collide with non-matching surfaces during the working process.
Solution: Under the premise of not affecting the use of surface grinding, painting.

The main reason is illegal operation or overload work.
Solution: replace the cylinder, piston rod or the entire cylinder.

The abnormal wear of the bushing is mainly caused by insufficient lubrication or the entry of solid particles.
Solution: regularly lubricate and check whether the shaft on both sides of the bushing is in good condition.

The main reason of tubing deformation is that tubing is collided with foreign bodies during operation.
Solution: affect the use of performance in the regular repair shop to restore the shape or replace the tubing assembly.